With 3,932,100 votes, Ryan Braun was the leading vote-getter for 2011’s Major League Baseball All-Star Game. Once again, the fans were throwing their support behind Braun, who had become a regular among the leading vote-getters for the midsummer classic. The All-Star game is meant to showcase the best players in the league, and the fans clearly understood that Ryan Braun was a unique talent that should be put on display.

Then he became Public Enemy #1.

When news of a failed drug test “leaked” to the public, the haters came out to play. All of a sudden, everything that he had accomplished up to this point in his career came into question. Pundits and fans alike didn’t seem to care that he had passed numerous drug tests throughout the regular season; one failed test meant that Braun had been juicing for his entire career.

None of this should be news to you. This is the real news: 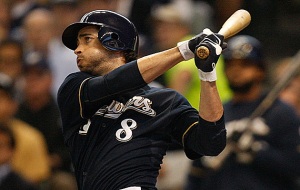 Despite his impressive numbers, Braun finds himself on the outside looking in for a starting spot in the All-Star Game.

I don’t mean for this article to be an attack on the achievements of the three guys ahead of Braun. Matt Kemp is the top vote-getter, and even though he has only played in 36 games, his numbers over the course of those games (.355/.444/.719) were as good as anyone else’s during that same span, and Kemp wouldn’t be the first player to make it based on past success. Carlos Beltran is also putting up impressive stats (.311/.396/.591 with 19 HR and a 2.7 WAR) while taking on the unenviable task of replacing one of the all-time greats in St. Louis. Even Melky Cabrera is having an all-star caliber season (.363/.399/.532).

No, I’m not looking to break apart the seasons of those three deserving players. Instead, I just want to comment on what I fear might be unfolding before our very eyes.

This all-star game slight could be the first sign in a long line of residual backlash for Braun’s “leaked” test result.

By all accounts, Braun is on pace to equal if not surpass his MVP numbers from a year ago. He is doing all of this while being the only real consistent threat in an otherwise impotent Brewers offense. He no longer has the protection of Prince Fielder in the on-deck circle. Yes, Milwaukee may be struggling, but Braun is far from the reason why. 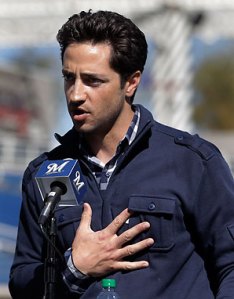 Braun’s successful appeal may have eliminated the 50-game suspension he faced, but it might not protect him from other long-term implications.

Now it comes as no surprise that fans can be fickle and hold grudges, refute legal results, and ignore compelling information that goes against what they’ve been led to believe. MLB “accidentally leaked” information that Braun test positive during the postseason last year, forcing Braun to go through the appeal process in a very public way. Fans felt betrayed by the slugger and, in turn, vilified Braun. After Braun won his appeal, MLB acted like a spoiled child who takes his ball and goes home by firing Shyam Das, baseball’s independent arbitrator since 1999 and the man who delivered the controversial decision in Braun’s appeal. So the fans who felt betrayed by Braun held on to those feelings because Major League Baseball pouted when he won his appeal.

So let the fans vote for other players instead of Braun. I personally think the All-Star Game is a joke, especially this year when the retired Tony LaRussa will manage the National League in a game that will decide home-field advantage of the World Series.

My worry is that fans aren’t the only ones who hold grudges. I’m more worried that a Hall of Fame career could very well end up not making it into Cooperstown because of the “leak”. I’m worried that the members of the Baseball Writers Association of America will react the same way fans are reacting this year and choose to ignore the legal results of Braun’s appeal and the many other times that Braun has tested clean.

I’m thinking big picture. And while the all-star voting is minor in the long run, it is a very major part of the big picture.

I’m worried that this is a sign that the damage that has been done cannot be undone.