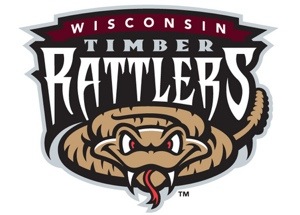 Mother Nature isn’t always a baseball fan. After a “wintery mix” lead to the cancellation of Friday night’s game, the Rattlers and Chiefs picked up Saturday afternoon where they left off on Opening Day.

The Chiefs struck first as Michael Schulze scored on an RBI triple from Carson Kelly. Any thoughts of celebration, however, were short lived.

The Rattlers would send up 8 batters in the 4th resulting in runs scored by Michael Ratterree, Taylor Brennan and Clint Coulter giving the Rattlers a 3-1 lead. The Chiefs would add another run in the 5th, only to again be shown up in the bottom of the inning by Ratterree, Brennan and Coulter who each scored their second runs of the game. Rattlers now lead 6-2.

“The whole middle of the lineup and (Jose) Pena, you know he’s 2-3 with 2 RBIs, he had a big hit…there’s 7 hits from the middle of the lineup today and we needed it because we didn’t do much at the top where yesterday we set the table pretty good,” Rattlers’ skipper Matt Erickson said in his post game interview.

In the 6th Chris McFarland would show off his power crushing a shot to deep center for his 1st homerun of the season. Gnaf T Rattler had the following to say about the hit:

The Chiefs would fight back adding 2 more runs in the 8th, but it wouldn’t be enough as the Rattlers would add a run of their own in the bottom of the inning to bring the final score to 8-4 and evening the 4 games series at 1-1. Rattlers’ starter Barrett Astin (1-0) would pick up his first win of the season with his tandem partner, Tristan Archer picking up the save.

“I think we got away with some stuff early. Astin came out the first few innings and his fastball was elevated. They were getting a lot of good swings on his fastball. I think he did a nice job, especially in the 2nd inning, I believe it was 2nd and 3rd no outs, he used his breaking ball to get out of that situation and executed some really good pitches when he wasn’t having command of the bottom of the zone with his fastball. But, later in his appearance, the 4th and 5th inning, I think he did a better job of getting tilt and getting better control of the bottom of the zone, getting more ground balls and not as good of swings on his fastball, so that’s a good adjustment there.”

“Archer did a nice job of coming in and pounding the zone early. It got away from him a little bit in the 8th, our overall team defense was a little bit sloppy in the 8th, we had an error, a couple of wild pitches, a walk and another kicked ball, but we wound up making a play at second base to minimize that damage, but we were just able to finish.”

The series wraps up tomorrow with a double-header set to begin at 1:05 pm. Former Brewer (and current Hall of Famer) Rollie Fingers will be on hand to throw out the ceremonial 1st pitch.

Kevin Kimmes is a regular contributor to creamcitycables.com and a former MLB Fan Cave Top 52 Finalist. You can follow him on Twitter at @kevinkimmes.